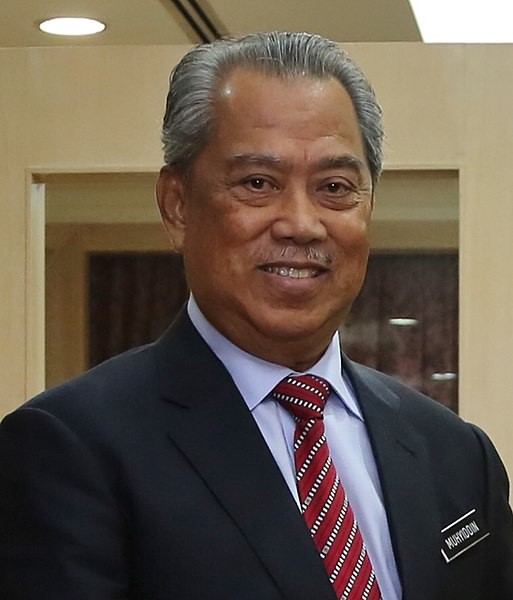 Muhyiddin’s Fate is in Umno’s Hands

Prime Minister Muhyiddin Yassin’s fate is in the hands of the Umno, but the biggest Malay party in the country played the wrong cards, allowing Bersatu to make a crucial move before the Jan 31 deadline.

Umno wanted to decide on the fate of the Perikatan Nasional government on Jan 31 and after making the public announcement, Muhyiddin acted swiftly urging the King of Malaysia to agree on a state of emergency.

This saved his government from downfall because, in Parliament, he was losing the support of more MPS after Tengku Razaleigh Hamzah made it public: he is not in favour of Muhyiddin as PM.

On the other hand, Professor James Chin who is Professor of Asian Studies at the University of Tasmania and Senior Fellow at the Jeffrey Cheah Institute on Southeast Asia also believes the fate of Muhyiddin’s government rests with Umno.

In comments to Channel News Asia, he says. “The biggest question regarding Muhyiddin’s fate lies not with Anwar but UMNO.”

He adds that “Muhyiddin and his gang might think they have been clever in dodging a bullet until the State of Emergency is lifted, but they would be wrong.”

According to him, if Muhyiddin does not get COVID-19 under control and stabilise the economy, “come August he will have to accept the full political consequences. Most Malaysians have given him one big chance and if he does not deliver, the mood will be unforgiving.”

He is spot on here and the PN government has a lot more on their hands beside the COVID-19 pandemic which has spiralled out of control lately.

The question for us is how will Muhyiddin juggle between a grumbling Umno whose MPs are gradually pulling out their support for the PN government and the grim outlook of the pandemic.

We believe it will all depend on whether the Umno will finally play hardball and not reveal its strategy to the world before it makes a move!

While it looks likely that the attempts by some to break Umno leader Ahmad Zahid Hamidi’s grip on power in the party are not gaining massive traction, the latter’s hold is altogether shaky.

He is facing multiple court charges, and the PM has said in his ‘Darurat’ speech he will not interfere in court matters, giving the impression he is under pressure to help his ‘friends’ in the PN coalition with their court cases.

But while Muhyiddin is trying to show he will abide by the independence of the judiciary, there could be a lot of canvassing behind the scene.

Zahid faced calls by some youth leaders to quit citing the need for a stronger and less tainted leader as PM candidate for the next general elections.

Yet the attacks against Zahid is rare in Umno and when some in the powerful youth wing question the leadership of the party, it means trouble is brewing in Umno.

For many, there is only one conclusion on who is behind these troubles. The members calling for Zahid to quit are close to party leaders who are in government according to some local newspapers.

If Bersatu is trying to break the Umno by shaking Zahid’s leadership, it is probably an attempt to get the Umno to give full support to Muhyiddin and rope in the rogue MPs who declared war against the PM.

But is Muhyiddin’s fate really in the hands of Umno? What happens if Umno keeps Zahid as a leader and the PN has to face an early general election? Will Zahid be the PM candidate, as tainted as he is?

Will Umno under Zahid agree that Muhyiddin, who is not helping him with his court cases, remains the PM to lead the PN and the coalition partners, including Umno in the elections?

Or will there be another compromise by the Umno not to force for elections while Zahid is still fighting his cases in court?

And one thing is certain. If Umno is brave enough and they pull their support and fights against Muhyiddin, it will be doomsday for Bersatu.

At this moment, while there is infighting in the Umno, the party remains the most powerful and most popular in the country.

Umno leaders believe if they contest against Bersatu-PN, Pakatan Harapan and Mahathir, they stand a better chance to return to power with the Barisan Nasional.

They may be right. Umno’s record in the all the by-elections and in the Sabah polls shows the party’s popularity is far from waning.

Many observers agree Umno holds most of the cards in the political arena and if it gets its act right, it might sink both Muhyiddin and Pakatan or Mahathir in the next GE.